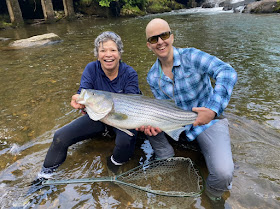 Welcome to “real hot and dry.”  This week’s prospects are similar to last week’s since this rainless heat wave persists. Decent bets for our region’s trout continue to be tailwaters, extreme headwaters, and the higher elevation stocked streams in the mornings. But…

The better bet is to give most trout a rest during their summer thermal stress (exceptions are our two cold tailwaters).  Change flavors and aim for fish species that enjoy summer’s warm water.  Lack of rain has our big rivers low, clear, and prime for resident bass and bream and even some summer vacationers from downstream reservoirs: gar and stripers. Go early, late, or hit the shade during the day as you float the Hooch, Chestatee, or Etowah. Try big streamers for the stripers and gar, and some popper/dropper rigs for the bass and bream in the bankside shade.

Pond action is still very good, too. Use the same low-light technique for your best shots at flat-water bass and bream.

It’s “road trip” time for many Georgians as summer slows our local catch rates. We have some great trip reports from afar for you to enjoy, so read our full report on our Facebook and home pages. I’ve also linked to it in our Instagram bio.  Stop in either UO shop if we can help point you toward summer success.  Here we go:

They are low and clear and warming. We need some rain! If you insist on trouting, then go very high. Check the water temperature first and aim for 66F or less. Focus on the drought refuges (pools) where adult fish will be packed in and highly competitive. If you don’t spook them with a faulty approach, your dry will be eaten. Keep the fish in the water while you unhook and release them. 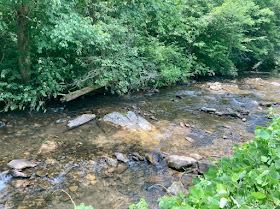 There are just a couple more weeks left to GAWRD’s spring stocking season. The agency’s list of stocked streams is typically very long for the holiday week to serve the larger crowds. Stocking rates are then reduced after July 4, so go soon and go early in the day to catch the colder water.

UO friend and GATU Trout Camp director Rodney:  “Georgia Trout Camp 2022 is a wrap and was an amazing success! For the previous eighteen out of the last nineteen years, (Trout Camp was canceled during the COVID shutdown) each of Georgia’s 12 Trout Unlimited chapters send boys and girls, ages 13-15, for six days and five nights to Rabun County, which is strategically located in our state’s most northeasterly corner. Students are taught how to cast a fly rod, tie flies, entomology, knot tying, stream etiquette, cold-water conservation, ecosystem restoration, stream structure design for habitat improvement, fishing tactics, and more! They put this knowledge and their growing skills to use by fishing for trout in various streams almost every day.” 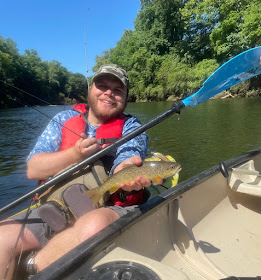 The Smokies are in the same tough shape as our headwater streams: low and warm. Head real high in search of colder water temperatures and willing wild trout. It’s definitely time to break out your small stream rod and hit the small, shaded, high-elevation tributaries with small stimmies, caddis, or trusty terrestrials.

We sure are proud of UO friend Becca, who landed her first striper on a fly rod. She credited Henry Cowen for the hot fly and her trusty sidekick, Sylvia, for a superb netting job. It sounds like a total team effort for Becca’s successful quest. Enjoy the photo, above!

UO owner Jimmy:  “At daybreak this morning (6/23) my friend Joel Johnson (https://www.facebook.com/JoelRJohnson) and I stepped into the cool clear waters of the Chattahoochee River with the big rods in pursuit of the tug of a wiley striper.  And wiley doesn't begin to describe these guys in low clear water.  Once the sunlight hits the water, it's game over so we had to get there very early to have a shot at enticing one to eat.  But an hour into the day, Joel was able to surprise one with an olive Clouser thrown right into the white water.  We weren't sure if it was a reactionary strike or a serious feed but it didn't matter once the hook was set.  A double-digit fish in 12 inches of water is exciting, to say the least.  We got multiple follows for about two hours this morning but most were hesitant to make a commitment.  Joel landed one more small striper during our two hours on the water.  All in all, a great way to start the day. “ 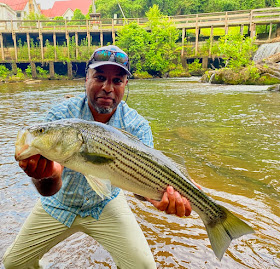 Note: call our Helen shop to learn more details and possibly book a summer river striper trip. You’ll need at least a 7-weight rod and will be asked not to target trout on these dawn and dusk ventures.

UO friend Landon:  “I helped the WRD guys doing the fin-clip sampling on the Chestatee this week. I caught all Alabama bass while they caught more shoal bass.  Most of mine took a. half of a trick worm fished on a 1/16th oz jig head.” 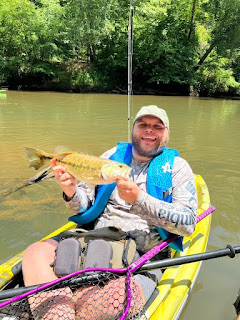 UO friend Rodney: “In my quest for the 2022 Georgia Bass Slam, I was able to check off the beautiful Chattahoochee Bass. The redish-orange fins easily distinguish this species from the other black basses. I landed several with my best being a fat and scrappy 9 inch exquisite example of the species!” 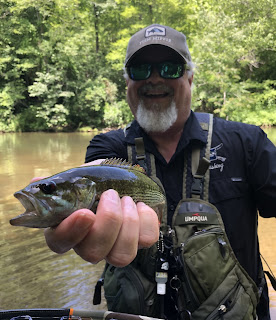 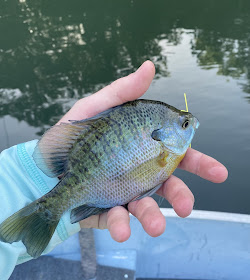 UO friend Michael: “Despite the heat, local lakes around Athens have been on fire in the evenings—especially as you approach sunset. Hopper-dropper and dry-dropper set-ups with guide’s choice-style bead-head nymphs fished shallow have resulted in numerous 8+ inch bluegill, including a few topwater takes. Largemouth bass have been caught on crawfish-sized variations of the rubber-legged-dragon (RLD) retrieved on the bottom in shaded coves. Finally, big shellcracker have been all over dark brown to black RLDs on the “flats” and points. “ 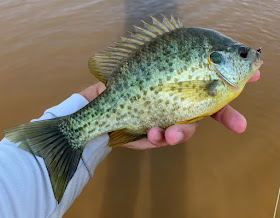 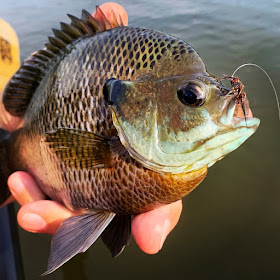 UO staffer Joseph:  “Here’s some pics of some redfish and seatrout I caught by stripping some clousers on a flat.  We were on the Appalachicola coast during our recent trip down there.” 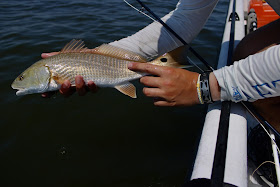 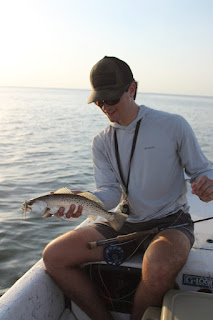 UO staffer Grant:  “I had a great trip down to Homosassa last week. On Wednesday my dad and I went out for tarpon. We were on the water at 5:30am waiting for the tarpon to start coming out of a half-mile trench on the flat. We were hearing the tarpon roll all around us, however we could not see them.  When we got a little light on the water we started to spot pods of tarpon. The first pod of fish we came up to numbered about 10-15 fish. They were daisy chaining, so I dropped my fly about 3 feet to the right of the daisy chain and stripped short and quick. I hooked into the tarpon on my second cast to the pod of fish. After getting it to the boat we released it quickly so the sharks wouldn’t bother it. Later in the day we hooked another tarpon that was about 140lbs, but unfortunately he got the best of me.  We also got some snook while fishing inshore. All in all, it was a very successful trip!” 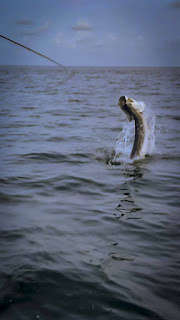 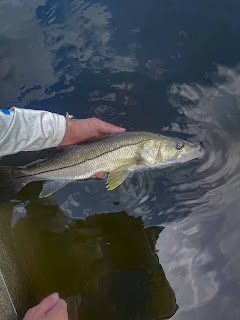 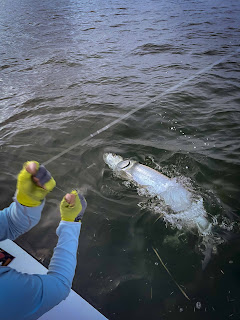 “I hope all is well at UO. Here’s a little fodder from the old world.

Yesterday PM I fished a river right in town for grayling. Some large black caddis, yellow sallies and small mayflies were coming off mid afternoon.

I didn’t see any risers but my buddy fooled a half dozen grayling on the dry in short order. I picked up a few fish euronymphing and figured I’d switch to a dry after seeing his success.

In the few minutes it took me to change out leaders and tie one on, a strong summer thunderstorm had already rolled in over the mountains and it poured on us heavily so we had to skedaddle. Never made a cast with the dry fly.

Only spent a couple hrs on the water but we were rewarded with some good eats on top and a handful of fish each. Would’ve been a great afternoon catching but for the thunderstorm. We’ll be back though!” 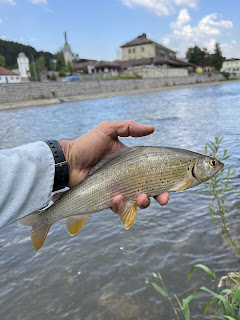 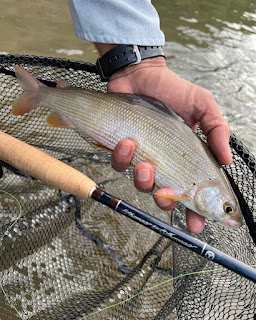 Hopefully this heat wave will break and we can get some regular summer storms, too. In the meantime, go where the fish are happy and hungry. Change your targets to popular summer species in these warm waters and you’ll still have a blast. Don’t forget your sunscreen, bug dope, water, and even some optimism by carrying a poncho. Stop in or give us a call if we can help you enjoy your summer  vacations.